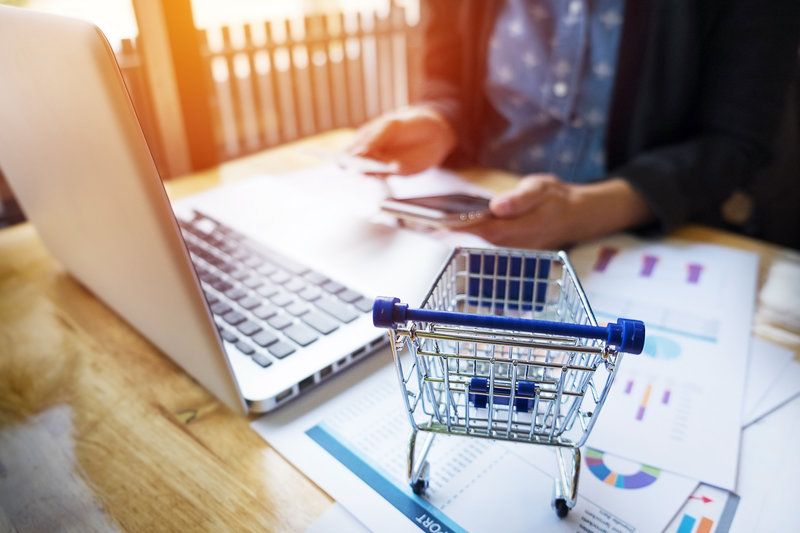 Indonesia has currently appeared as the largest e-commerce market in Southeast Asia (SEA) with a contribution of up to 50% of all transactions in the region. With the increase of internet usage and increasing e-commerce penetration, the sector's contribution to the Indonesian economy has the potential to continue to lift up.

McKinsey & Company said that e-commerce will grow up to US$65 billion (Rp910 trillion). Their study defined e-commerce as online trading process, which is divided back into two categories, namely:
- E-tailing, which is formal buying and selling through an online platform designed to facilitate transactions such as Bukalapak and Tokopedia, as well as;
- Social commerce, which is marketing goods through social media such as Facebook or Instagram with payments and deliveries carried out through other platforms. 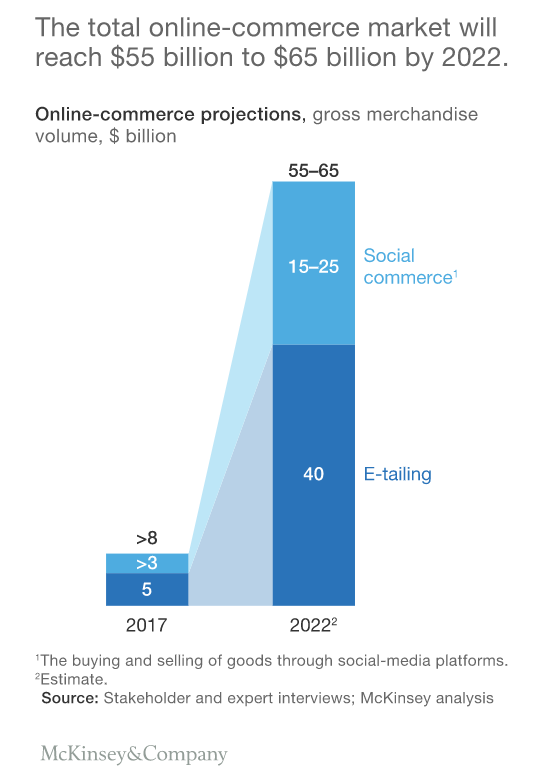 1. Mobile-oriented market
Indonesians who own smartphones currently account for 40%of the total population or around 106 million people.

2. Young and digital literacy consumers
About 87 million people or one-third of Indonesia's population are 16 to 35 years old, and around 100 million people are having an account in banks. These two demographics seem increasingly accustomed to using online platforms and digital transactions. Consumers currently have an average of 2.6 times more transactions through smartphone applications than in 2014.

3. Increased participation of MSMEs (Micro, Small and Medium Enterprises)
The total online business in Indonesia has increased to around 4.5 million in 2017. Of these, around 99% are micro-entrepreneurs with an income of less than Rp300 million-per-year and 50% are online businesses without offline stores.

4. Investment growth
From 2015 to 2017, Indonesia earned US$ 5 billion (around Rp69 trillion) or 38% investment for digital economic companies in Southeast Asia. Of these, e-commerce platforms such as Bukalapak and Tokopedia are the most funded categories, by reaping around US$3 billion (Rp41 trillion).

5. Government support
The Indonesian government has launched various programs to support the digital economy, including the construction of the Palapa Ring network. A number of other supporting factors include the relative openness of the Indonesian government to foreign investment, the launch of the Presidential Regulation concerning e-commerce roadmap in 2017, and the presence of incubators made by state agencies such as IDX Incubator from the Indonesia Stock Exchange. 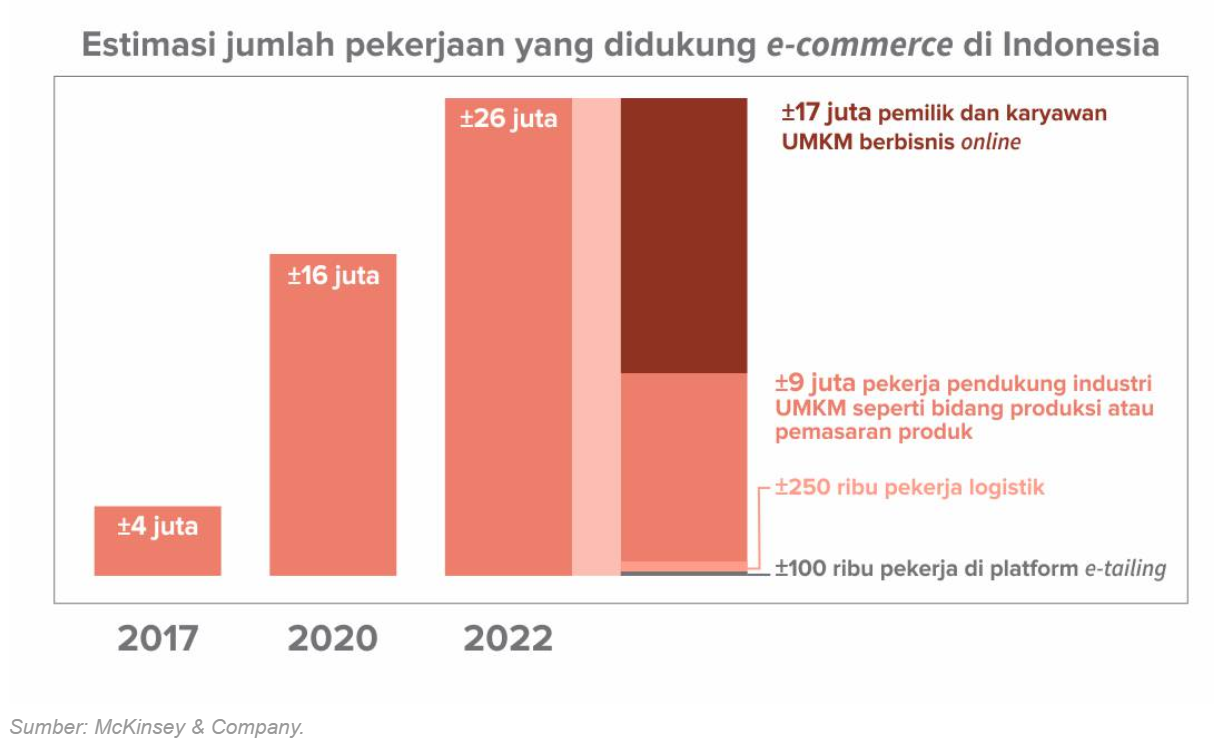 Encourage the participation of rural areas

Currently as much as 70% online transactions in Indonesia came from four biggest urban areas, namely Jakarta, Bandung, Surabaya, and Semarang. However, those trends show that e-commerce might become a way for rural area residents to increase contributions in national and international economics. Transactions through the e-tailing platform in rural areas like Papua, North Kalimantan, and North Sulawesi have increased about twice as fast as transactions in Jakarta from 2013 to 2017, especially in purchases. This increase has the potential to occur faster along with the increase in internet penetration and people's purchasing power.

As a result, why should global brands enter the South East Asia market, particularly to Indonesia?

Based on separate research done by Google and Temasek on Google-Temasek e-Conomy SEA 2018 report, South East Asia e-commerce market has grown by more than 62% Compound Annual Growth Rate (CAGR) over the past 3 years. The report estimates e-commerce will exceed $100 billion in Gross Merchandise Volume (GMV) by 2025, from $23 billion in 2018.

Egogohub is dedicated to supporting brands to enter into or get even more successfully in South East Asia. Egogo Hub can assist your brand to get successful in Indonesia's e-commerce market. With Egogo Hub's integration services brand can sit, back and relax ahead of the rest. Come join the e-commerce market in Indonesia by collaborating with Egogo Hub. You can directly contact us at inquiry@egogohub.com